For this recipe I took a traditional Asian dish, shrimp toast, and used Maine lobster to create a recipe with a Maine twist. The shrimp version (also explained in the recipe) is much easier and quicker to produce since the meat is easily removed from its shell, or can be purchased pre-peeled. Raw lobster meat sticks to the shell, so in this recipe I quickly blanch the lobster just enough to release the meat from the shell.

Fava, or Broad beans are a favorite Spring vegetable in Italy. I harvest them every spring at the villa we rent in Tuscany and feature them in this dish. Frozen fava beans also work well when fresh ones are not available and you can always substitute fresh or frozen peas in this recipe. It takes about 2 pounds of fresh fava beans to yield 1 cup of shelled beans, so be prepared for some serious shelling.

With tomatoes ripening in my garden and leftover pieces of my sourdough bread accumulating in the freezer, it’s time to whip up a Panzanella Salad. I often elevate the salad to another level with the addition of cooked seafood. You can grill, poach, steam or sauté the seafood, just be careful to not overcook it. The other option is to buy seafood that is already cooked for you like crabmeat and shrimp to simplify this recipe.

Shrimp and Stilton cheese are great together in this delectable appetizer. If you can’t find Stilton, try other rich blue cheeses like Roquefort or Gorgonzola. If Blue Cheese and shrimp is not your thing, try one of these other combinations: feta cheese and pitted Greek olives, cubed fresh mozzarella cheese with roasted pepper strips and shredded Prosciutto, or pulled-roasted chicken with herbed Boursin cheese.

Allways one of my go-to recipes for Cocktail Hour at the Inn. The foundation of polenta topped with a Spicy-Lemon Aioli and Grilled Tiger Shrimp is hard to beat.

Join me in my kitchen as I prepare recipes from my two cookbooks, European foodie trips and explore new inspirations. 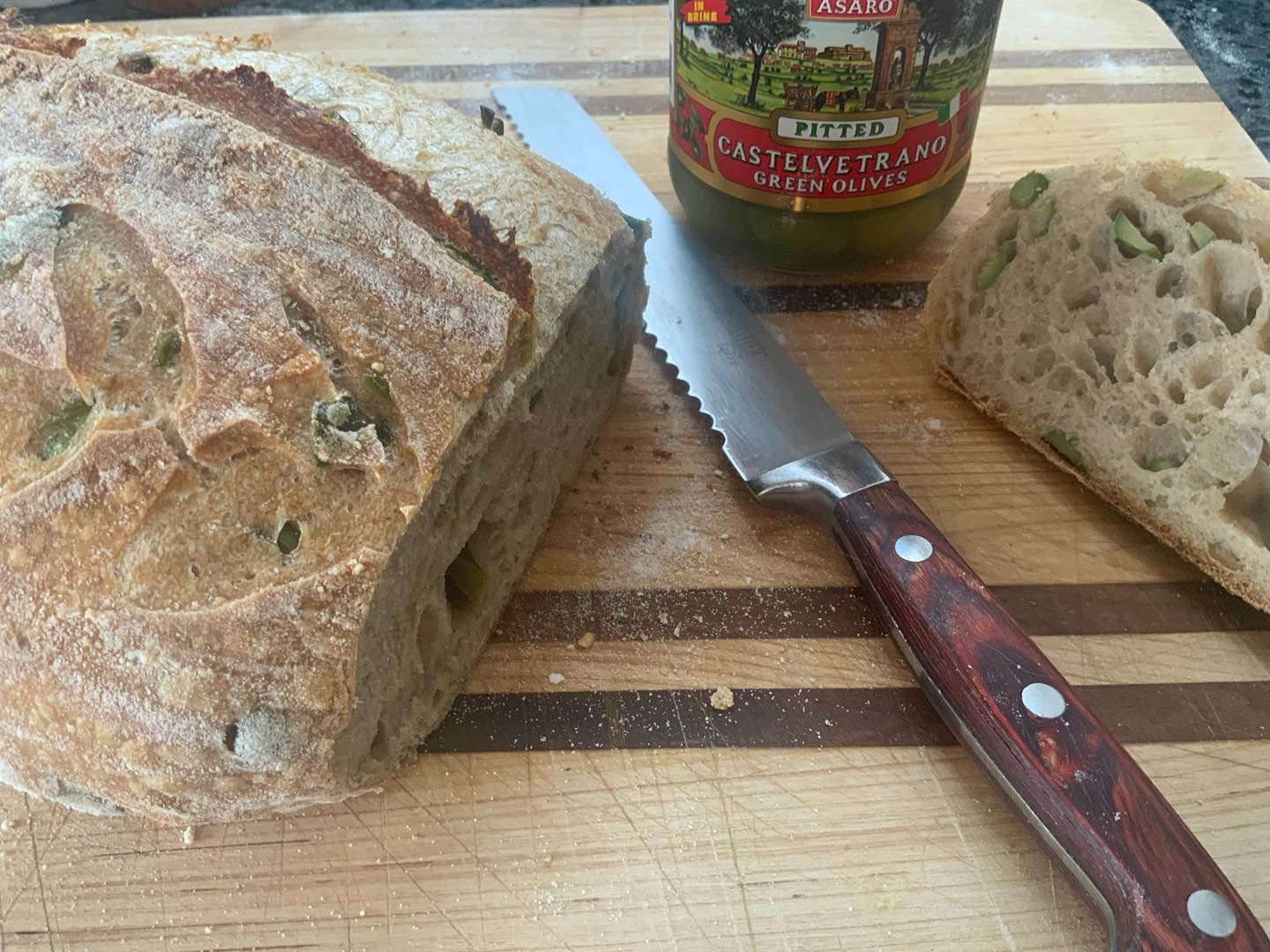 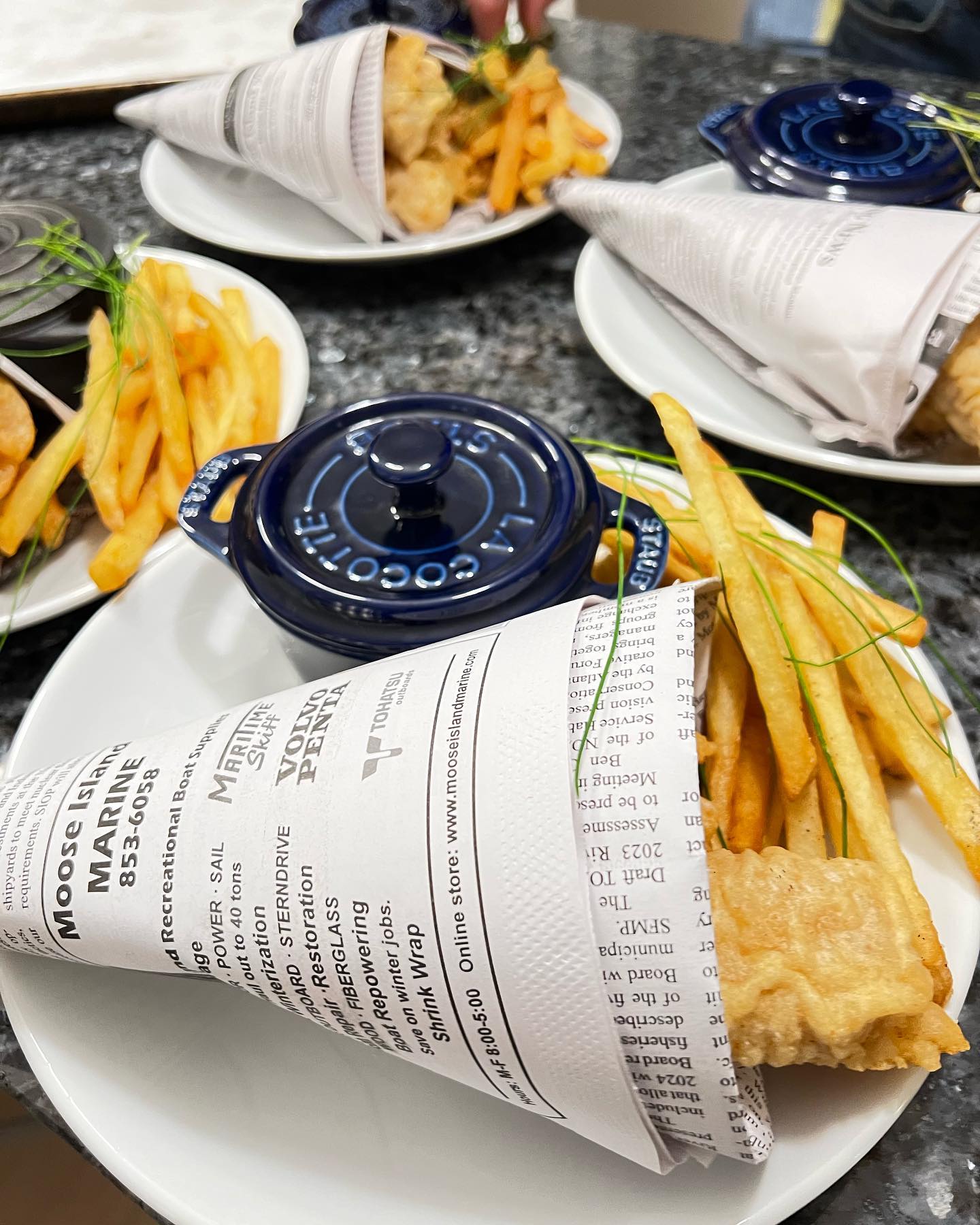 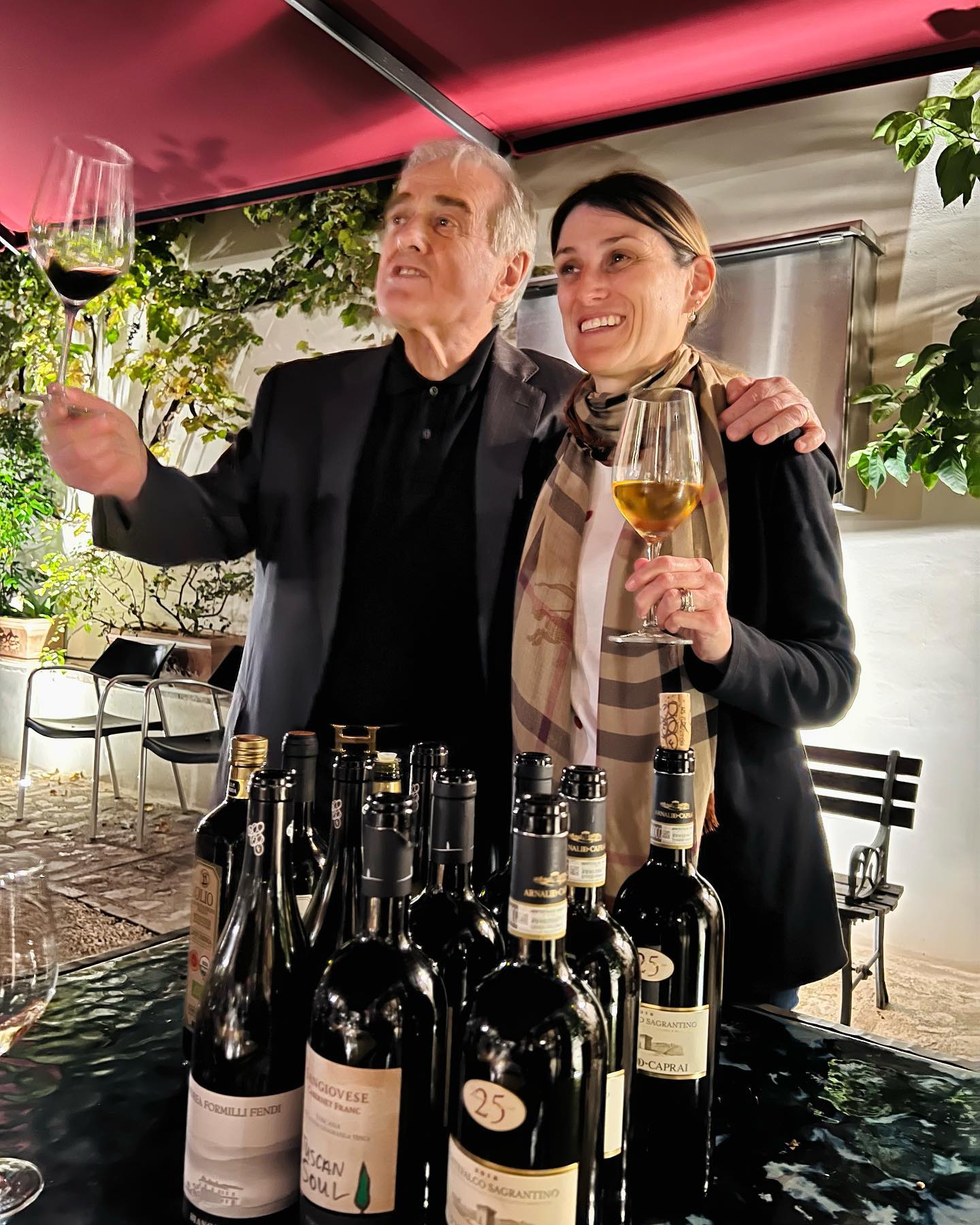 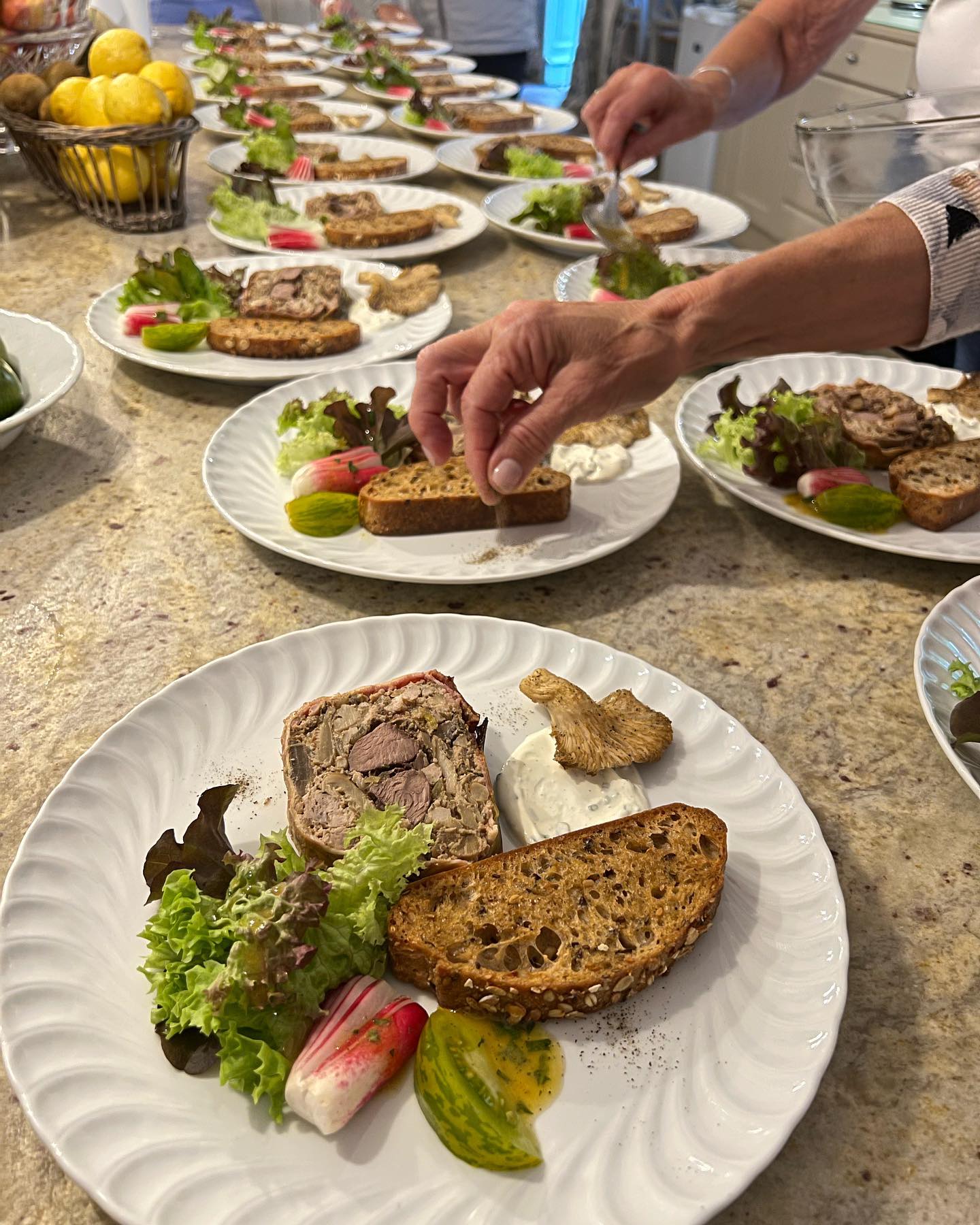 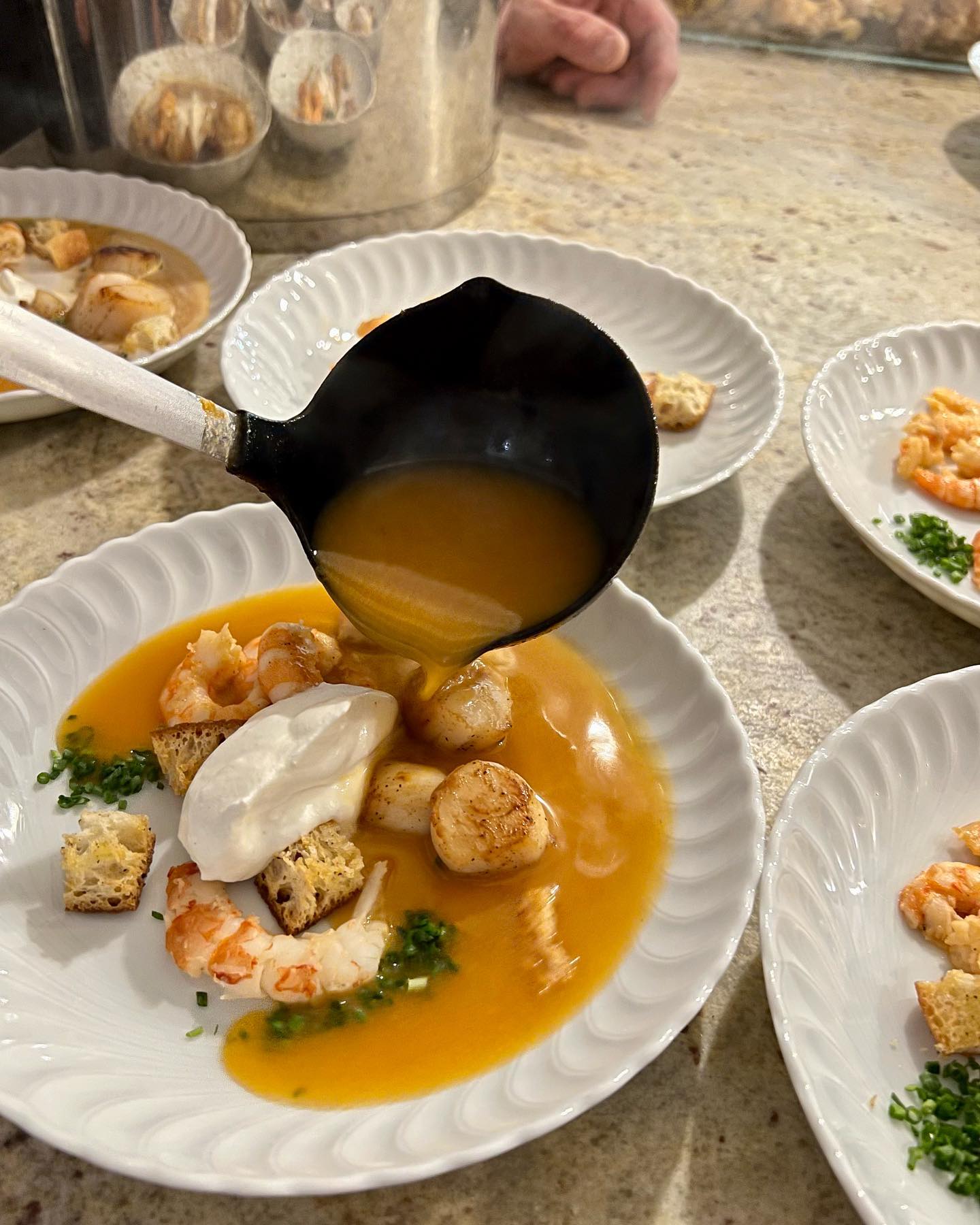